1.5 vs 2C: What difference can a lousy half a degree of global warming make? – ABC News

What started as quiet concern is growing much louder among climate scientists: without a very radical change of course within the next few years, we’re not going to stop the world from passing 1.5 degrees Celsius of warming.

In terms of the numbers: the Intergovernmental Panel on Climate Change (IPCC) finds that limiting warming to 1.5C requires global emissions to be slashed by 45 per cent by 2030, compared to 2010 levels.

Research published in Nature forecasts 2030 CO2 emissions to be between 6 -10 per cent higher than 2010 levels. 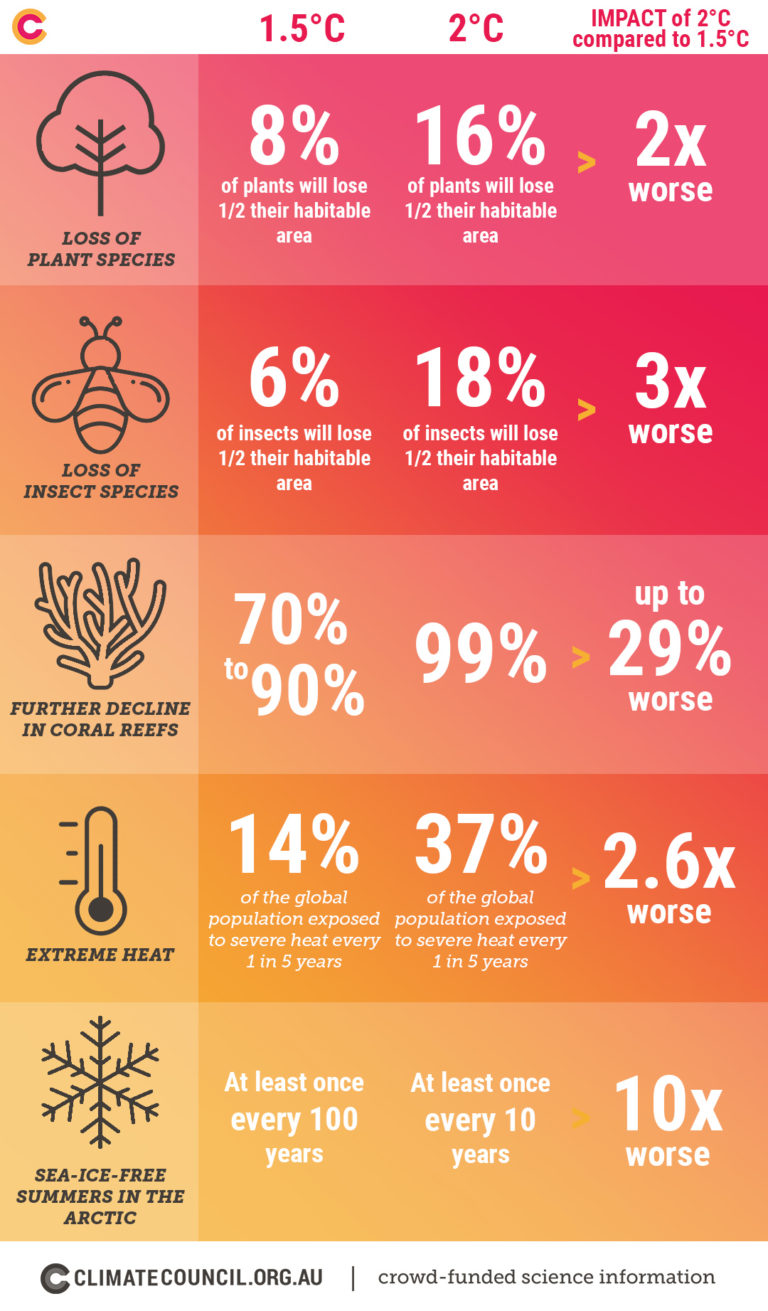 “It’s exceedingly unlikely that we will manage to limit warming to below 1.5C without overshoot,” according to climate scientist Zeke Hausfather from Berkeley Earth and the Breakthrough Institute, who co-authored a commentary on the research in Nature, but wasn’t associated with the study.

“Avoiding 1.5C with no or little overshoot requires cutting all global emissions in half in the next eight years.”

The Nature research shows that even if — and it’s a big if — every signatory country meets their 2030 emissions reduction commitments and net-zero commitments, which were agreed to at or since last year’s COP26 climate summit in Glasgow, warming could flatten out at between 1.9C and 2C by the end of the century.

Previous analysis has put us on track to hit at least 2.1C, and as much as 3.9C, by the end of the century.

However, there have been some changes to commitments since then.

But what’s the big deal about 1.5C anyway? Why is that the number that scientists focus on, and how much does it matter if we overshoot 1.5C and instead limit warming to around 2C?

These are some of the differences that half a degree will make.

“1.5 to stay alive” is a movement spearheaded by many low-lying island nations, including our Pacific neighbours, who see any breach of 1.5C as literally that bleak.

A report by Carbon Brief, which analysed 70 research papers comparing 1.5C and 2C, found that globally we can expect an average of about 56 centimetres of sea level rise this century at 2C — but up to 96cm in the worst-case scenario.

That extra 10cm, according to the IPCC, is expected to impact an extra 10.4 million people, either directly through inundation of coastal homes or through crippling of food-growing lands and livelihoods.