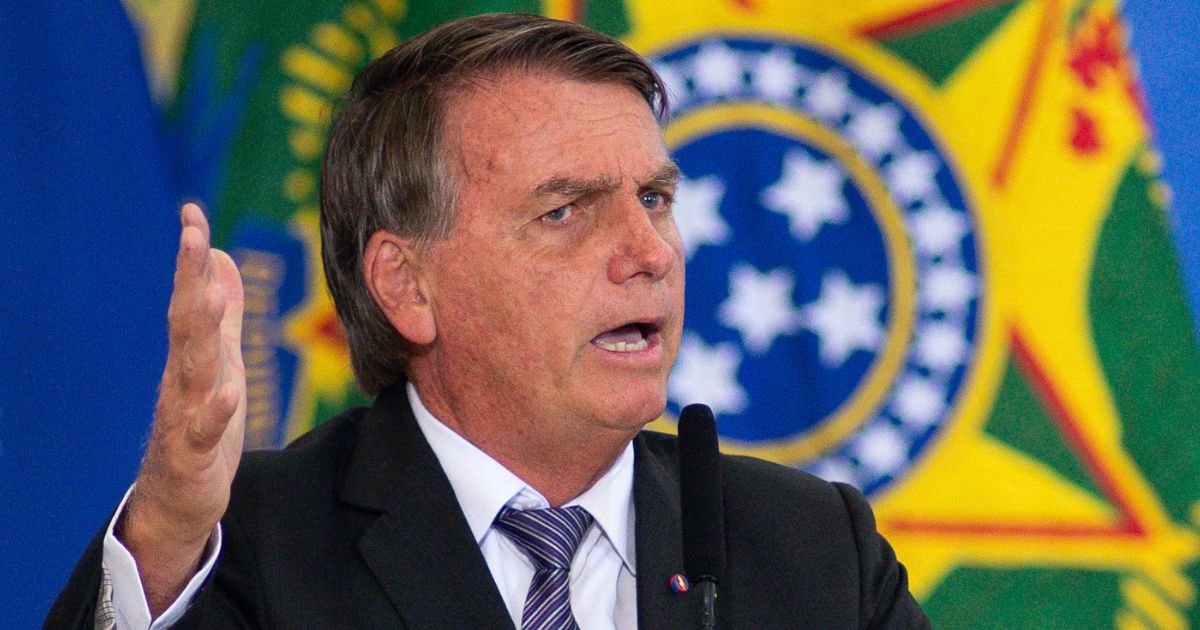 Bolsonaro — a conservative who has been dubbed the “Trump of the Tropics” because of his similarities to former President Donald Trump — responded to a tweet from DiCaprio on Twitter last week urging Brazilians to prioritize climate change when they vote in the country’s October elections.

He said the Brazilian people — not liberal celebrities — “will decide if they want to keep our sovereignty on the Amazon or to be ruled by crooks who serve foreign special interest.”

“Thanks for your support, Leo!” Bolsonaro said.

– Thanks for your support, Leo! It’s really important to have every Brazilian voting in the coming elections. Our people will decide if they want to keep our sovereignty on the Amazon or to be ruled by crooks who serve foreign special interest. Good job in The Revenant!

He also chided DiCaprio over an Instagram post in which the actor had shared a photo from a 2003 Amazon wildfire and falsely claimed it was from three years ago.

“By the way, the picture you posted to talk about the wildfires in the Amazon in 2019 is from 2003,” Bolsonaro tweeted.

– By the way, the picture you posted to talk about the wildfires in the Amazon in 2019 is from 2003. There are people who want to arrest Brazilian citizens who make this kind of mistake here in our country. But I’m against this tyrannical idea. So I forgive you. Hugs from Brazil! pic.twitter.com/pSJBOjVSB7

On Tuesday, Bolsonaro trolled Brazilian singer and actress Anitta, who bragged that she had spent hours talking with DiCaprio about registering voters in Brazil and about climate change.

She hyperbolically claimed the American entertainer “knows more about the importance of our Amazon rainforest” than the Brazilian president does.

Bolsonaro sarcastically replied that he was glad Anitta had fulfilled “every teenager’s dream” of talking to a Hollywood actor.

However, he said, unlike the singer, he talks to thousands of Brazilians every day, and that’s whose input he cares about.

“They are not famous, but they are the compass for our decisions, because nobody defends and knows more about Brazil than its own people,” the president tweeted.

In a follow-up tweet, Bolsonaro said he hoped Anitta had urged DiCaprio to “give up his jets and yacht.”

That was a reference to the environmental activist’s hypocritical habit of globetrotting to climate-change conferences in gas-guzzling private jets and vacationing on luxury yachts while haranguing everyone else to be eco-conscious.

“These vehicles release more CO2 into the atmosphere in a day than dozens of Brazilian families in a month,” Bolsonaro tweeted.

“Before you start teaching a lesson, you need to set an example,” he said.

The post Brazilian President Smacks Hollywood Actors Who Tried to Give His People a Climate Change Lecture appeared first on The Western Journal.