Climate change is already increasing the price Australians pay for food and the problem will only get worse, a new report has warned.

The environment group Farmers for Climate Action, which commissioned the report, has warned global warming will lead to higher food prices and shortages for consumers.

“We have seen examples in recent months of supermarkets running out of food, empty shelves.

“And that’s something that, as climate change continues, is going to become an altogether more frequent occurrence.”

It also found retailers would be hit by shorter shelf life, less reliability in the availability in some types of food, and lower nutritional value for products such as wheat and rice.

Australia’s climate has risen by slightly more than 1 degree Celsius since 1910 and the report said it must be kept to below 2 degrees to prevent catastrophic consequences. Mr Bartos said, when he prepared the report, he was surprised to learn people were already paying more for food as a result of climate change.

“One of the drivers is the fact that finance products, like bank loans and insurance, are becoming much more expensive for all of the players because of the uncertainty created by climate change,” he said.

“There are higher costs at various different stages of the food supply chain in terms of dealing with the impacts of climate change, and that all gets passed on to consumers.”

The report also warned that, as well as climate change, risks to food supply could arise from other causes unconnected to global warming.

The Food Organisation of the United Nations’ Food Price Index reported global food prices were up as much as 20 per cent on the year before.

There are also fears Russia’s invasion of Ukraine will send wheat and barley prices soaring. 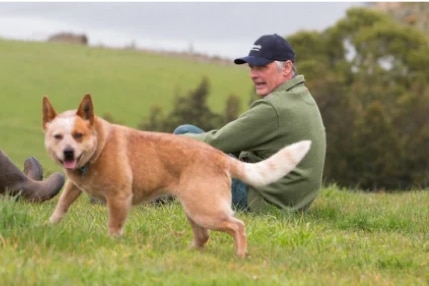 “Planning is so difficult with the climate that we’ve got at the moment, and farming is not easy in itself,” Mr O’Connor said.

He said climatic conditions had made that tougher and there was only one way to stop the problem from getting worse.

“It’s quite simple. We have to cut emissions from fossil fuels,” Mr O’Connor said.

He said Australia was “20 years behind Europe” and shifting to renewables would lead to lower power prices.

“We can all go down that path for a better, cleaner atmosphere, which will then in turn help farmers, because then they will be able to plan and things won’t be in such extremes of hot and cold and wet and dry,” Mr O’Connor said.