The Earth could be just 10 years from heating by more than 1.5 degrees Celsius — a threshold beyond which even more serious and frequent fires, droughts, floods and cyclones are expected to wreak havoc on humanity.

That is one of the key conclusions of the most comprehensive climate report ever released — produced by the world’s most authoritative body on climate science, the Intergovernmental Panel on Climate Change (IPCC).

Globally, warming has now reached about 1.1C since industrialisation (1850-1900), according to the hundreds of scientists and governments that make up the IPCC. In Australia, warming has reached 1.4C.

“The alarm bells are deafening and the evidence is irrefutable: Greenhouse gas emissions from fossil fuel burning and deforestation are choking our planet and putting billions of people at immediate risk,” he said.

“This report must sound a death knell for coal and fossil fuels, before they destroy our planet.

“The viability of our societies depends on leaders from government, business and civil society uniting behind policies, actions and investments that will limit temperature rise to 1.5 degrees Celsius.”

The UK government immediately called for the rest of the world to take urgent action.

“I hope today’s IPCC report will be a wake-up call for the world to take action now, before we meet in Glasgow in November for the critical COP26 summit,” UK Prime Minister Boris Johnson said.

If it was not for aerosol pollution emitted by humans, which cools the Earth, they said the greenhouse gasses we have emitted would already have heated the world by 1.5C.

The new report found that even in its most ambitious scenario, which the world is failing to stick to, global warming would likely hit 1.5C by about 2035.

On our current trajectory, we are likely to hit 1.5C of warming about 2030.

Even if we radically and immediately cut emissions now, the world is still likely to warm to 1.6C, before dropping again.

In all scenarios, getting the world back under that extra 1.5C would require massive reforestation, or technology to remove carbon dioxide from the atmosphere.

Technology like that has not yet been proven to work at scale. The new report said many of the effects of that warming had particular relevance to Australia:

Australia committed to reaching net zero ‘as soon as possible’

In 2015, as part of the Paris Agreement, the world’s governments agreed to pursue efforts to stop warming at 1.5C — a promise they have now all but failed to come good on.

Australia is widely considered to be a laggard on efforts to stop climate change, and it was recently ranked last among 200 countries for its actions.

Minister for Emissions Reduction Angus Taylor said Australia was committed to reaching net zero “as soon as possible”, preferably by 2050, but did not flag any changes to the government’s approach.

He said the government’s Technology Investment Roadmap would drive billions of dollars of investment in low-emissions technologies that would make net zero achievable.

“Our technology-led approach to reducing emissions will see Australia continue to play its part in the global effort to combat climate change without compromising our economy or jobs,” he said.

One of the authors of the IPCC report is Malte Meinshausen, a climate scientist at the University of Melbourne and former scientific adviser to the German government’s climate negotiators.

“I think everybody in the international community would laugh if they would hear that Australia thinks they’re doing enough. Of course they’re not doing enough,” Dr Meinshausen told the ABC.

“They neither have upped their targets for 2030 nor have they put a net zero target onto the table. They are not invited to many of the talks where international climate diplomacy is now going on because they are seen — and rightly so — as a laggard.” Labor’s Shadow Minister for Climate Change, Mark Butler, said the report was “yet more evidence of the costs of inaction, and it was past time the government stop spinning and start delivering for Australians”.

“We have a government divided even on the basic science of climate change, let alone able to deliver on the opportunities the changing global economy presents for Australia’s future,” he said.

“The rest of the world understands that if we don’t do more by 2030, we all go over the climate cliff, so the Liberals’ 2030 denial and Labor’s 2030 silence are putting Australian lives at risk,” Mr Bandt said.

“After this report, failure to lift 2030 targets is criminal negligence.”

1.5C limit a promise the world is set to break

Chair of the IPCC, Mark Howden from ANU, said to keep climate change at relatively safe levels, changes needed to be implemented quickly.

“At the moment, those emission reduction commitments under the Paris Agreement are not sufficient to keep temperatures down to 2 degrees, let alone 1.5 degrees.”

Reaching the target of net zero emissions needed to happen much earlier than most were considering, said Nerilie Abram, a climate scientist from ANU and the ARC Centre for Excellence for Climate Extremes.

“For Australia to be doing its fair share, actually we really should be trying to get to net zero emissions in the 2030s,” she said.

Leslie Hughes, professor of Biology at Macquarie University and councillor at the Climate Council, agreed.

On that, Professor Hughes said the solutions were clear.

“We’ve really got to change most of the ways that we do things. But we know how to do it and there are ample opportunities to do so.”

That message was echoed by Mr Guterres.

“There must be no new coal plants built after 2021. OECD countries must phase out existing coal by 2030, with all others following suit by 2040,” he said.

“By 2030, solar and wind capacity should quadruple and renewable energy investments should triple to maintain a net zero trajectory by mid-century.”

Sea level rise of up to five metres

The report again warned that every incremental increase in warming raised the risk of cataclysmal effects, some of which would be irreversible over millennia.

The loss of ice from the Greenland Ice Sheet, the second largest body of ice on Earth, was expected to continue over the next century regardless of what we do now, contributing to between 28cm and 55cm of sea level rise expected by 2100. 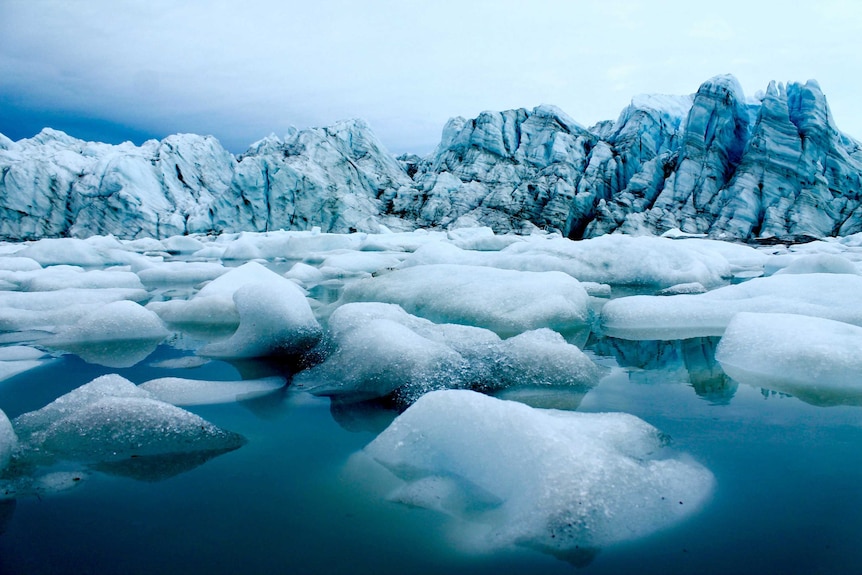 But the report warned two metres of sea level rise by 2100 and a catastrophic five metres by 2150 could not be ruled out, since there were uncertainties about how the Greenland and Antarctic ice sheets would change.

Professor Howden said the possibility of that amount of sea level rise was “seriously scary”.

“In the longer term, sea level is committed to rise for centuries to millennia due to continuing deep ocean warming and ice sheet melt, and will remain elevated for thousands of years,” the report concluded.

As the report was being prepared, the world was being ravaged by extreme weather.

At the time of writing, wildfires were devastating parts of Greece, in what the Prime Minister called a “nightmarish summer”. He blamed the fires on climate change.

Less than a year ago, Australia was shaken by the Black Summer bushfires, which were exacerbated by climate change.

Those natural disasters will intensify as the climate continues to warm.

“We’re losing ice. The sea levels are rising. Temperature extremes are getting worse.

“We just need to look around the world over the past couple of months to see the effects of those extremes that would have been essentially impossible without the human influence on climate.” She said if heating went beyond 1.5C, the risk of much worse effects would increase.

“We also run a greater risk of passing some of these tipping points in the climate system,” she said.

The report was reassuring when it came to some of the worst tipping points.

It found that Arctic permafrost, which contains vast quantities of trapped greenhouse gases, did not seem to be on the brink of collapse, and its melting could be limited.

Similarly, the collapse of the Gulf Stream, a huge ocean current that plays a part in regulating the northern hemisphere’s climate, did not appear imminent, the report concluded, although it was weakening.

The first IPCC report was released in 1990 and updates since have set the stage for international agreements like the Kyoto Protocol and the Paris Agreement.

This report comes out just months before the world meets as part of COP26 in Glasgow, where countries are expected to ratchet up their ambition under the Paris Agreement in pursuit of stopping warming at 1.5C.

Alok Sharma, UK Minister for State and COP26 president, called on governments around the world to keep that target alive.

“The science is clear, the impacts of the climate crisis can be seen around the world and if we don’t act now we will continue to see the worst effects impact lives, livelihoods and natural habitats,” Mr Sharma said.

“We can do this together by coming forward with ambitious 2030 emission reduction targets and long-term strategies with a pathway to net zero by the middle of the century, and taking action now to end coal power, accelerate the rollout of electric vehicles, tackle deforestation and reduce methane emissions.”

Teresa Ribera, Deputy Prime Minister of Spain said: “This report provides unequivocal evidence that we must scale up efforts to adapt to climate change, including through stepping up financing to build resilience. And we cannot afford to delay real and rapid emissions cuts — not only with the long horizon of 2050, but by 2030.”

The IPCC Working Group 1 report was written by hundreds of scientists and synthesised more than 14,000 pieces of research. The final summary for policymakers was approved, after changes, by 195 countries through the United Nations.