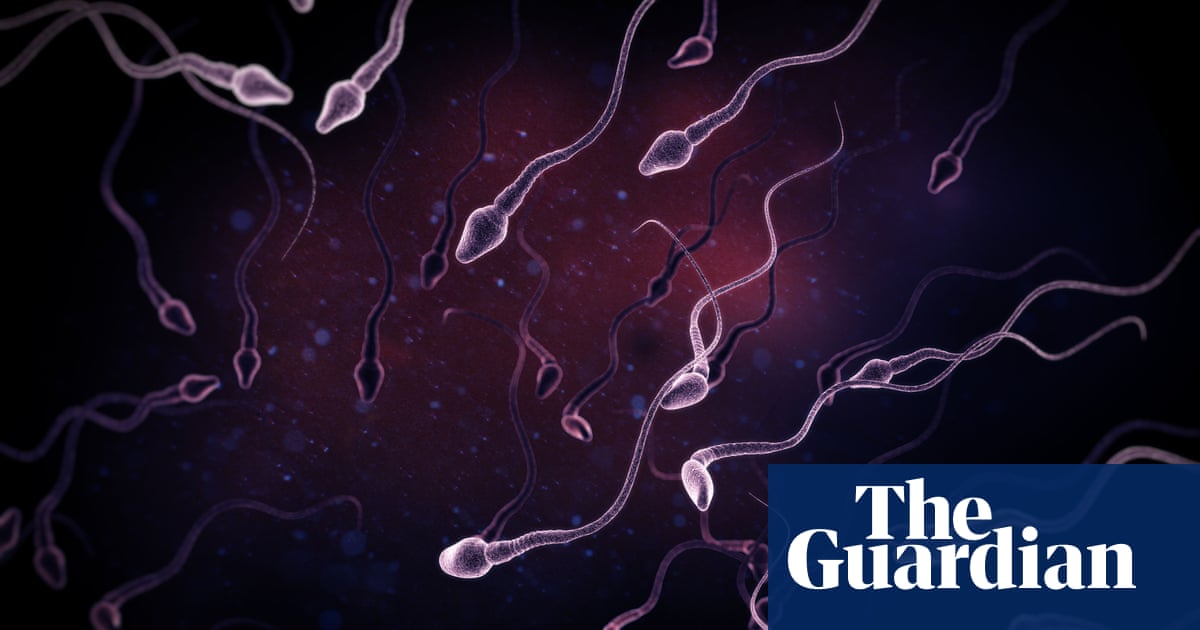 A cocktail of chemical pollutants measured in people’s bodies has been linked to falling semen quality by new research.

Chemicals such as bisphenols and dioxins are thought to interfere with hormones and damage sperm quality, and the study found combinations of these compounds are present at “astonishing” levels, up to 100 times those considered safe.

Bisphenol A (BPA) was responsible for the highest risks, the scientists said. The chemical is found in milk and tinned food as it leaches from the linings of the packaging. The key steps for healthy male sexual development occur during pregnancy, making the study results particularly relevant for expectant mothers, the researchers said.

Sperm counts and concentration had undergone an alarming decline in western countries for decades, the scientists said, with sperm counts halving in the last 40 years. Other male sexual disorders such as penis malformation, breast cancer and undescended testes have been increasing. Hormone-disrupting chemicals are a prime suspect and the study sheds new light on the potential for chemical cocktails to cause harm.

The study team, led by Prof Andreas Kortenkamp, at Brunel University London, said they “were astonished by the magnitude of the hazard index”, the measure of risk from the chemical cocktails. The team were also surprised that BPA was the most worrying chemical, as previous work had focused on phthalates, which are used in plastics.

Kortenkamp told the Guardian the research would allow better epidemiological studies to be done in people to assess the impacts. “But personally I think, with the evidence we’ve produced, there’s no reason to delay any regulatory action.”

The research, published in the journal Environment International, assessed measurements of nine chemicals, including bisphenol, phthalates and paracetamol, in urine samples from almost 100 Danish men aged 18 to 30. It also used existing data, mostly from the European Food Standards Agency, to estimate people’s exposures to 20 other chemicals.

This data was compared with acceptable levels of exposure, also derived from the scientific literature. This gave a measure of the potential impact of each chemical, which were then added together using an established method to produce an overall risk measure for the cocktail of chemicals in each of the men.

The researchers were also able to rank the chemicals, with BPA being the biggest driver of risk, followed by dioxins, paracetamol and phthalates. However, removing BPA did not bring down the combined exposure to acceptable levels.

Paracetamol has been shown to cause a decline in sperm quality in laboratory animals and increase risk of non-descending testes in boys born to mothers using the painkiller during pregnancy. In 2021, a review backed by 90 scientists said: “We recommend that pregnant women should be cautioned at the beginning of pregnancy to forgo [paracetamol] unless its use is medically indicated, and consult with a physician or pharmacist if they are uncertain.”

The researchers accepted there were uncertainties in their analyses. For example, the data used was for the years 2009-2010 and, while exposure to BPA has declined a little since then, exposure to other bisphenols has increased. It is also possible that young women do not have the same chemical exposure as the young men in the study.

But the researchers said: “In view of the multitude of chemicals humans are exposed to, these constraints almost certainly mean that we have underestimated mixture risks.” So-called “forever chemicals”, PFAS compounds, may harm sperm but were excluded from the study as the data is limited. Air pollution may also affect semen quality.

As well as the impact of chemicals, other causes for falling sperm quality have been proposed by scientists, with research suggesting links to body weight, a lack of physical activity and smoking.

Prof Hagai Levine, at the Hebrew University School of Public Health, Israel, said: “This is a unique study and adds to the growing evidence on the adverse impact of certain chemicals on human reproduction. We have to increase global efforts to study the causes of male reproduction disruption.”

Prof Richard Sharpe, at the University of Edinburgh, said: “Contrary to the authors of the new study, and many in the scientific community, I remain unconvinced that exposure to weakly endocrine-active environmental chemicals plays an important causal role in the fall in sperm counts.” He said direct evidence that most of the chemicals assessed by the study caused harm to human testis development was lacking, although there is good evidence for paracetamol.

Sharpe said he was convinced that falling sperm counts must have an environmental cause, most likely impacting in early pregnancy. But he said that a high-fat, processed diet was both harmful in itself and the main source of the chemicals, making it hard to distinguish which may be to blame. Nonetheless, Sharpe said it remained possible that some chemical cocktails may be negatively affecting sperm counts in men.