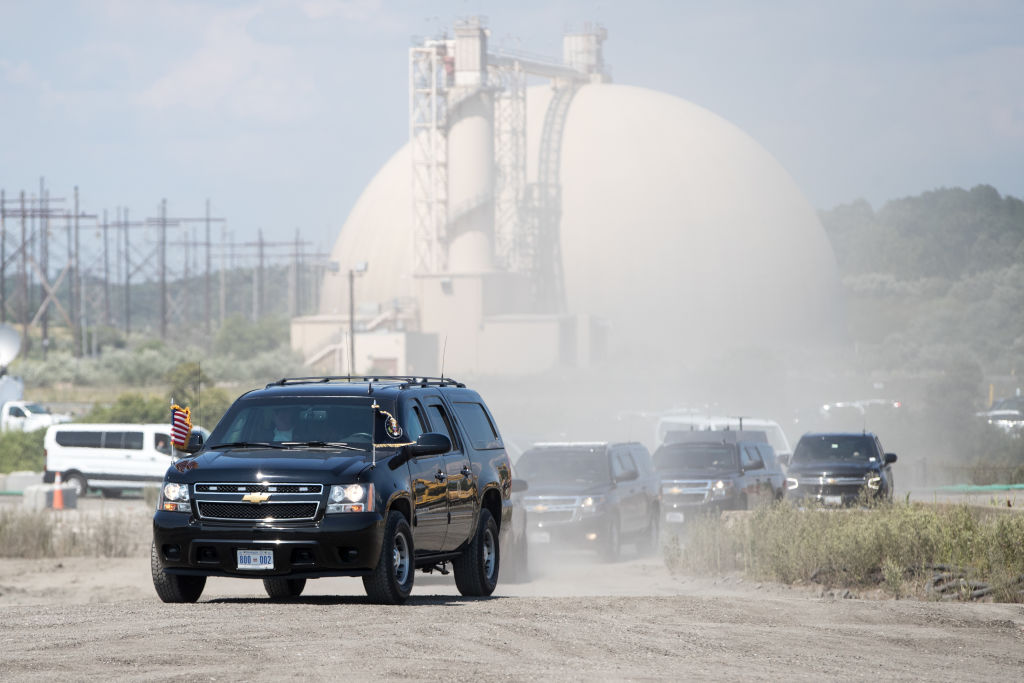 President Joe Biden is facing criticism for the logistics of his trip to Massachusetts to deliver a speech where he labeled climate change an emergency.

On Wednesday, the president traveled to the site of a former coal-powered plant in Massachusetts to speak about climate change.

He also signaled that he may take executive action to fight climate change as any sort of legislation on the matter appears unlikely at the moment.

“My message today is this — since Congress is not acting as it should … this is an emergency,” Biden said.

He added, “And I will look at it that way. I said last week, and I’ll say it again loud and clear. As president, I’ll use my executive powers to combat the climate crisis in the absence of congressional action.”

While some conservatives blasted what Sen. Sheldon Whitehouse (D-R.I.) dubbed “executive beast mode” — potentially declaring a climate emergency — others highlighted what they thought was the hypocrisy of the president flying to Massachusetts, then being driven in a massive motorcade to speak.

The Republican National Committee’s Twitter account shared a video of Biden’s motorcade arriving at the location and wrote, “Joe Biden’s massive motorcade of gas-guzzling SUVs arrives ahead of his speech on climate change.”

Check out some of the other reactions below:

Joe Biden should never be allowed to talk about climate change, he knows nothing about it, has zero expertise. His motorcade has 85 cars, not one of them is electric and in his private life he brags about driving a corvette.

It is ironic that Pres. Biden would fly on Air Force One to Massachusetts and ride in a gasoline-fueled motorcade — as he supposedly loves riding the train — to deliver his speech on the climate and how bad fossil fuels are. https://t.co/mn65hfaNQr

Biden cares *so much* about saving humanity from emissions that he:

…all to give a speech that could have been delivered from his house.

Biden obviously can’t just hop on a commercial airline in coach for his flight. And it’s not likely that the Secret Service is going to switch over their vehicles to tiny compact cars to be more fuel efficient.

These days, some companies are making electric SUVs, such as GMC, which is taking reservations for an electric Hummer.

However, it’s unclear if the available electric SUVs would be able to meet the demands of a presidential motorcade while carrying all the armor to keep the president safe.

The U.S. Army has reportedly placed an order for one electric hummer for evaluation, so if it passes the Army’s test, perhaps that could be the start of the beginning of a transition to electric presidential vehicles. For now, though, any potential shift to a presidential electric fleet seems a ways off.

Still, the optics of massive C-17 jets flying the vehicles in the presidential motorcade to the destination airport, followed by Biden on Air Force One, followed by the motorcade’s drive to the location where he spoke about climate as an emergency, and then a quick turn around and flight back to Washington, D.C., for a speech he could have given at the White House do not seem to convey that there is an emergency.