How companies blame you for climate change 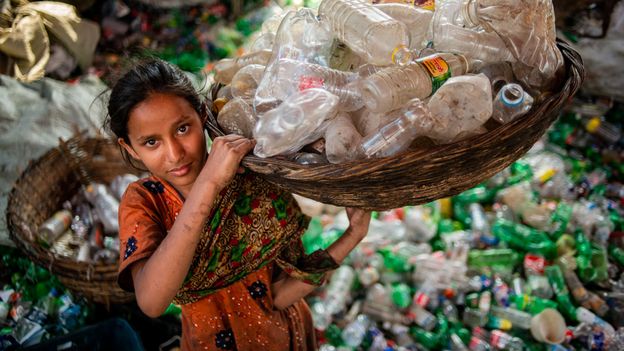 Cooperative approaches like this, often led by lobbyists or interest groups, showed companies could be effective in limiting new regulations. Public opinion could be shaped by the language and images brands used, and some of the wind could be taken out of public campaigns.

In 1992, the United Nations held the Conference on Environment and Development (UNCED) in Rio de Janeiro, Brazil. The conference, which came to be known as the Rio Earth Summit, aimed to address inequalities in global development and reduce dependence on fossil fuels.

“Borrowing a strategy from the past, business recognised that the best defence against the environmental movements’ arguments for more government control over corporate activities was attack,” wrote James Rowe, now an associate professor of environmental studies at the University of Victoria in Canada, in 2005. Corporate social responsibility, he says, became the “preferred strategy for quelling popular discontent”.

“The World Business Council emerged in response to the Rio Summit,” says Jessica Dempsey, a political ecologist at the University of British Columbia in Canada. “It was this kind of moment of reckoning with the environment and development challenges that were coming to a head in the late 1980s.”

“The World Business Council was formed, like many other interest groups, to grow their power,” says Dempsey. “[They recognised] that they could be more influential in these multilateral forums if they worked together. So the world’s largest corporations were like ‘we should work together because we have interests that are at threat’.”

In response to this, “just before Rio, Stephan Schmidheiny, founder of the World Business Council for Sustainable Development (WBCSD), pleaded with business that unless ‘we promote self-regulation… we face government regulation under pressure from the public’,” says Rowe.

The cooperative action was a success, Rowe continues. He quotes two representatives of the International Chamber of Commerce (who describe themselves as the “voice of world business”), as saying:

“In general, the feeling among business participants was that the substantive output of UNCED was positive. It could have taken a negative stance on… the role of business, and there was at one time the real possibility that the conference might be pushed to lay down detailed guidelines for the operations of transnational corporations.”

But, says Rowe, business “successfully fended off the threat”.

The WBCSD say the need for the “sustainable transformation of the systems that govern our world is… more urgent than ever before”. The ICC’s secretary general, John Denton, says “significant policy changes” will be needed to reach net-zero emissions by 2050. “We believe the best way to get those reforms right is to work hand-in-hand with the business community to design decarbonisation plans that work in the real world.” Schmidheiny was asked to comment on his quote, but declined.

Without an agreement from the governments of the 179 countries represented at the summit for tighter regulations on fossil fuel use, it was left to companies, and the lobbyists who represent them, to self-regulate, writes Dempsey along with her co-authors Audrey Irvine-Broque and Adriana DiSilvestro in a paper from 2021. This is called free-market environmentalism.

But free-market environmentalism assumes that consumers are able to tell which companies are acting responsibly (which as Coming Clean has covered in the past, can be difficult to tell, particularly when some advertising is misleading), and are motivated to choose the most environmental option – which might not always be the best or cheapest.