In surprise move, U.S. and China vow to work together on climate change 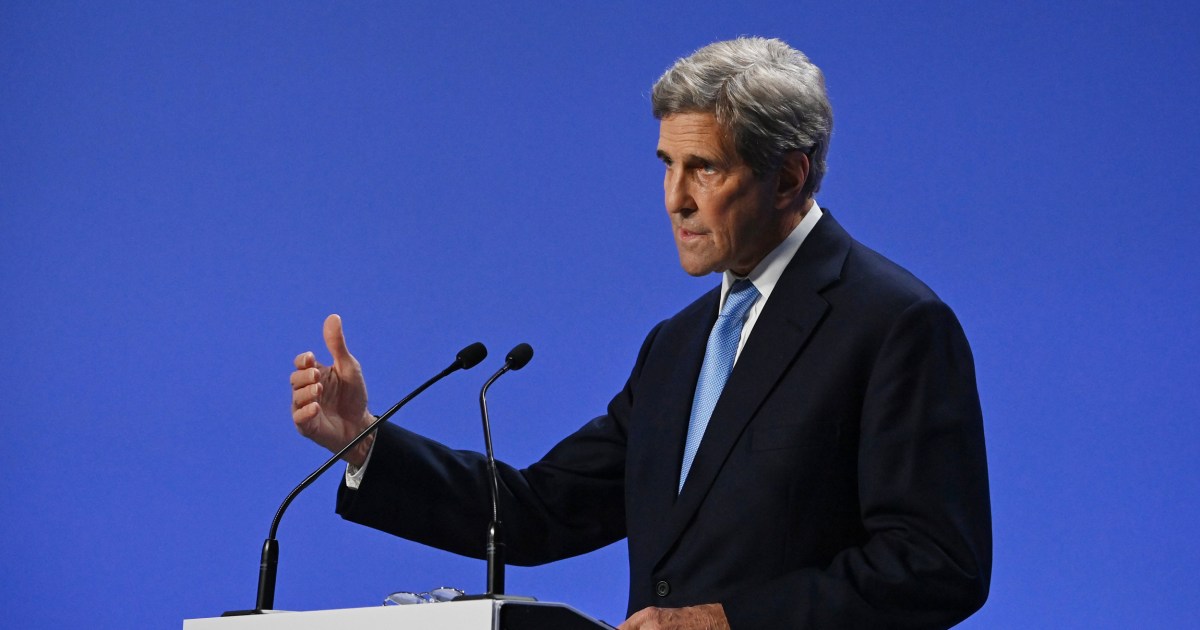 The United States and China pledged Wednesday to work closely together on climate change this decade, in a rare and unexpected joint statement that brought fresh energy to the final days of the U.N. summit in Scotland.

The world’s two biggest economies declared “their firm commitment to work together and with other Parties to strengthen implementation of the Paris Agreement.”

U.S. Climate Envoy John Kerry and his Chines counterpart, Xie Zhenhua, brokered the agreement and both touted it in separate news conferences.

The countries said they’ll work together on deforestation and will hold a bilateral meeting on methane in the first half of next year.

The joint statement was otherwise light on details, and mostly affirmed earlier goals such as ending overseas coal financing and preserving the 2015 Paris agreement’s target of limiting climate change to 2 degrees Celsius.

But the pledge nonetheless gives a jolt of momentum to the summit by showing that the world’s biggest emitter of greenhouse gases — China — was still involved.

This is China’s biggest move so far at the conference, where Beijing officials have not had a major presence and Chinese President Xi Jinping did not show up.

The declaration came as China was facing major political blowback for largely shrugging off the COP26 summit, which scientists have called the last, best chance to avert the worst of global warming. President Joe Biden, in his closing news conference during a two-day stop at the summit, called Xi’s decision to stay in China “a big mistake.”

“The fact that China is trying to assert, understandably, a new role in the world as a world leader, not showing up? Come on,” Biden said.

Kerry, in a recent NBC News interview in Glasgow, had said it would have been better for Xi to have attended the summit but said he’d been having productive conversations with lower-level Chinese officials in Glasgow.

“The door is not shut at this point in time,” Kerry said of cooperation with China. “And I really think what’s critical is to be summoning everybody’s willpower to step further, to do more than they thought was possible.”

China did not sign the global methane pledge brokered by the U.S. and the EU in Glasgow to reduce emissions of the potent greenhouse gas by 30 percent by the end of the decade. China also disappointed climate hawks by declining to increase its ambitions in Glasgow on reducing emissions. China’s goal remains for its still-climbing emissions to peak by 2030 and to be carbon neutral by 2060 — a decade after the U.S. goal.

Environmental groups in the U.S. praised the joint declaration while cautioning that the real test would be whether written commitments would translate into action. John Podesta, chair of the left-leaning Center for American Progress, said that “Our future looks brighter today.” Natural Resources Defense Council President Manisha Bapna the called the joint declaration “good news.”

“The pledge to strengthen cooperation on clean energy, methane, and deforestation from the two largest economies and greenhouse gas emitters is a welcome step forward,” Bapna said. “But if we are to hold global warming to 1.5 degrees Celsius, we urgently need to see commitments to cooperate translate into bolder climate targets and credible delivery.”