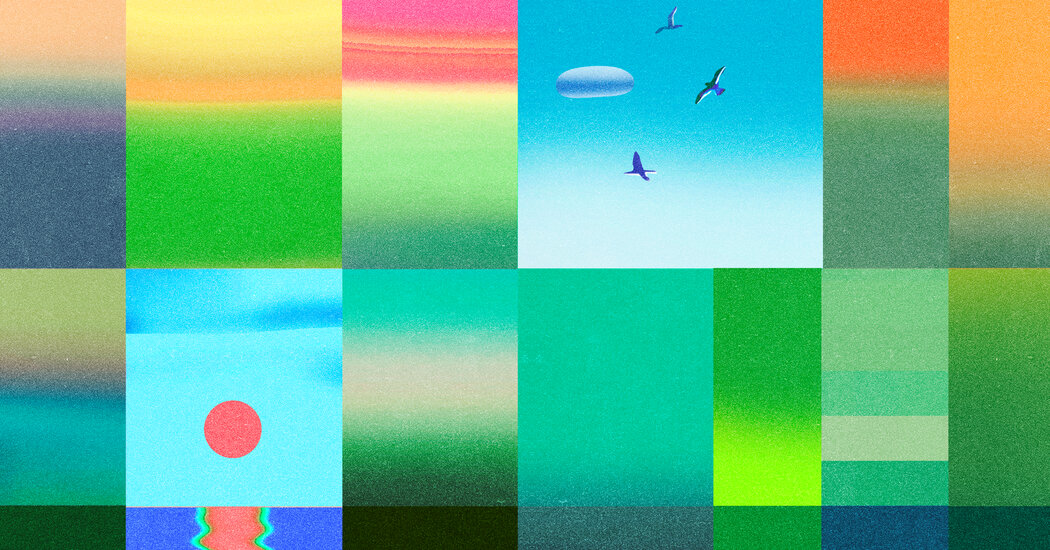 A U.N. report published in April suggested that by just 2030 the world would be experiencing more than 500 major disasters each year. And the quickening frequency of what were once called “generational disasters” or “500-year storms” or even “acts of God” disorients us, too, so that it becomes hard to distinguish once-a-decade events from once-a-century ones — our disaster depth of field blurred by climate disruption. “What used to be a very extreme event is now probably not a very extreme event but something that we expect in this warmer climate quite frequently,” Dr. Otto said. “We really are in a quite different world.”

When sociologists talk about “shifting baseline syndrome,” they mean we tend to base expectations for the future on our memory of the recent past. But just five years ago, it was exceedingly rare for more than a million acres to burn in a California wildfire season; today the record is 4.3 million acres, and in four of the past five years more than 1.5 million acres burned in the state alone. Over the past decade, extreme heat events have grown 90 times more common, according to one study, compared with a baseline of frequency between 1950 and 1980.

“I think we don’t actually know what this new normal or emerging normal will feel like,” Dr. Otto said, “because the temperature and greenhouse gases have increased so fast, and by so much, over just the last decade that we haven’t really had time to experience what that means. And we are starting to witness events that would not have been possible, and that we could have not really imagined to be possible, without climate change.”

For Dr. Otto, exhibit A is the “heat dome” that settled over the Pacific Northwest last summer, delivering Death Valley-like temperatures to temperate British Columbia — recently identified as one of the six most anomalous heat waves in recorded history. The South Asian heat wave almost qualifies as a nonevent if you are tracing the amplitude of climate anomalies. But the heat dome? “There we have seen what an extreme event looks like in a warmer world,” Dr. Otto said.

But I also owe my own climate awakening to an Arctic anomaly — this one only 20 degrees Celsius warmer than average, half as extreme as this event this year at the other pole, and still a heat wave scientists called, at the time, “unheard-of.” It was in late November 2016. I was in a somewhat apocalyptic state of mind, or at least what passes for that in the well-insulated corners of the global north. My father had recently died. The American presidential election had delivered a shock outcome that made me think a whole bundle of expectations about the future I had long treated as a kind of inheritance had to be recalibrated, at least, if not discarded. My apartment had flooded twice in the space of a few months.

Probably this is not so uncommon an experience, to have climate anxiety triggered not just by scientific papers or news events or natural disasters but also idiosyncratic jumbles of more personal prompts. But that’s not to suggest that climate awakening is arbitrary, or elective, or anything less than tragically overdetermined. The warming world now furnishes expectation-breaking anomalies often enough that almost whenever you find yourself dreaming bleakly you can also find a news event or data point around which to bundle that existential panic.

And then, typically, the world continues. This can be bewildering, given how world-shapingly enormous an extreme event can seem. It is often maddening, given the amount of suffering being normalized along the way. But it can also be, to some degree, perspective-giving.

Take the South Asia heat wave, for instance. India and Pakistan are surviving their “not very extreme” temperature anomaly, though a lot depends on what you mean by “survive.” Almost certainly the ultimate death toll will run into the thousands, given that in 2003 a milder heat wave killed 70,000 in less-populated Europe and Russia.

But surviving like this is not a neat narrative of climate resilience. Normalization is a form of adaptation, too, and what looks like apocalypse in prospect often feels more like grim normality when it arrives into the present. However gruesome recent disasters may be, climate impacts are not the whole of our destiny but the natural landscape upon which our future will be built, and jury-rigged and contested.

Lately, that future landscape has started to look a little less hot, as well. We used to say “business as usual” and mean a future of four or even five degrees of warming. Now, thanks to a global political awakening and dizzying technological progress with renewables, we say it and mean three.

This is good news, of course, so far as it goes. But it also all means that we are living in the midst of some profound narrative confusion. Apocalypse may no longer seem quite as close at hand, but climate disruption is here now, distributed as though it was designed to deepen global injustice. At the Rio Earth Summit in 1992, the global promise was to avoid “dangerous” warming. At that, we’ve transparently failed, since dangerous climate change isn’t just here already — it is growing increasingly commonplace.