St. Louis and Kentucky floods: How climate change intensified them – The Washington Post 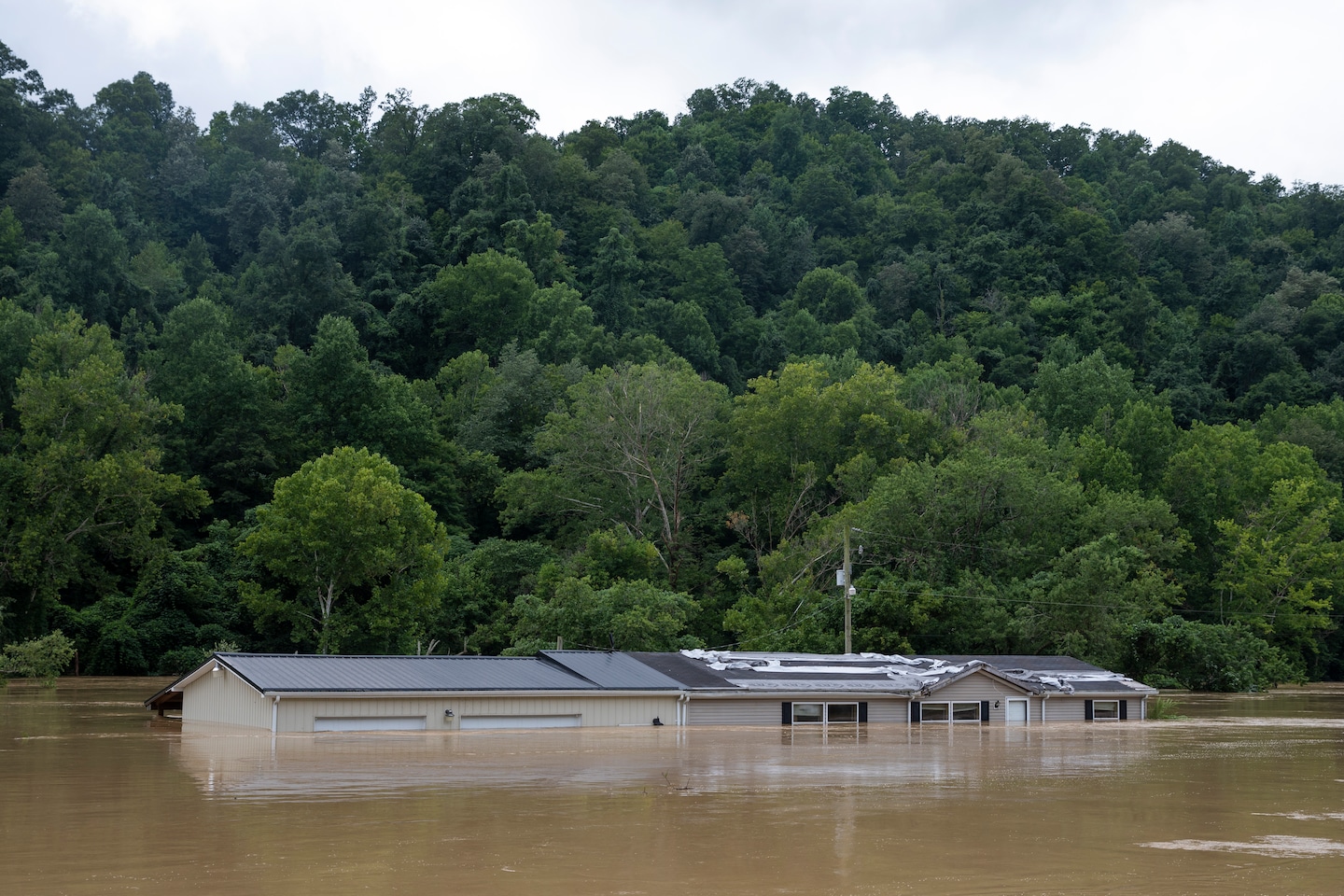 In the natural world, water is controlled by absorption into soils and evacuation into streams and rivers. Man-made measures to regulate water include culverts and storm drains. But these systems have limits, depending on their design and location, and the intensity of the rain. Once these systems are overwhelmed, water begins to run off in earnest.

It all began with a zone of high pressure over Bermuda and thunderstorms over the Gulf of Mexico. The storms injected water vapor from the warm gulf waters high into the atmosphere, where it was blown to the north by winds racing around that high-pressure zone. Every day, storms erupted south of Louisiana, and reliable flow pumped that tropical air inland.

The journey of the sopping air hit a roadblock, however, in a stationary weather front stretched from Kansas to Virginia, which overlaid a dome of excessively hot air sprawled over the Southern United States.

As storms developed along the front, evening after evening, they drew energy from an atmosphere that was very unstable and very wet, and they dropped rain with incredible ferocity. And because the high-altitude winds that dictate the motion of thunderstorms were blowing parallel to the front, the downpours moved over the same areas for hours, one after the other.

This is how Hazard, Ky., received more than nine inches of rain in just 12 hours Wednesday, and how more than 10 inches fell near St. Louis on Monday. It is why flash flooding again struck St. Louis on Thursday.

This week’s atmospheric pattern was so good at producing flash flooding that the deluges in both St. Louis and many areas of eastern Kentucky qualified as 1,000-year rainfall events, a concept that can be difficult to understand.

But a limitation of the concept is that it assumes that the climate is stationary or unchanging. Human-caused climate change, however, is making such extreme — and statistically unlikely — precipitation events more common. A 1,000-year rain event probably no longer means the same thing it did decades ago when the climate wasn’t as warm or humid.

According to the U.S. government’s Fourth National Climate Assessment, the heaviest precipitation events have intensified substantially across most of the country, including in Kentucky and Missouri. This is happening as a warmer atmosphere, capable of holding more moisture, can produce heavier rain.