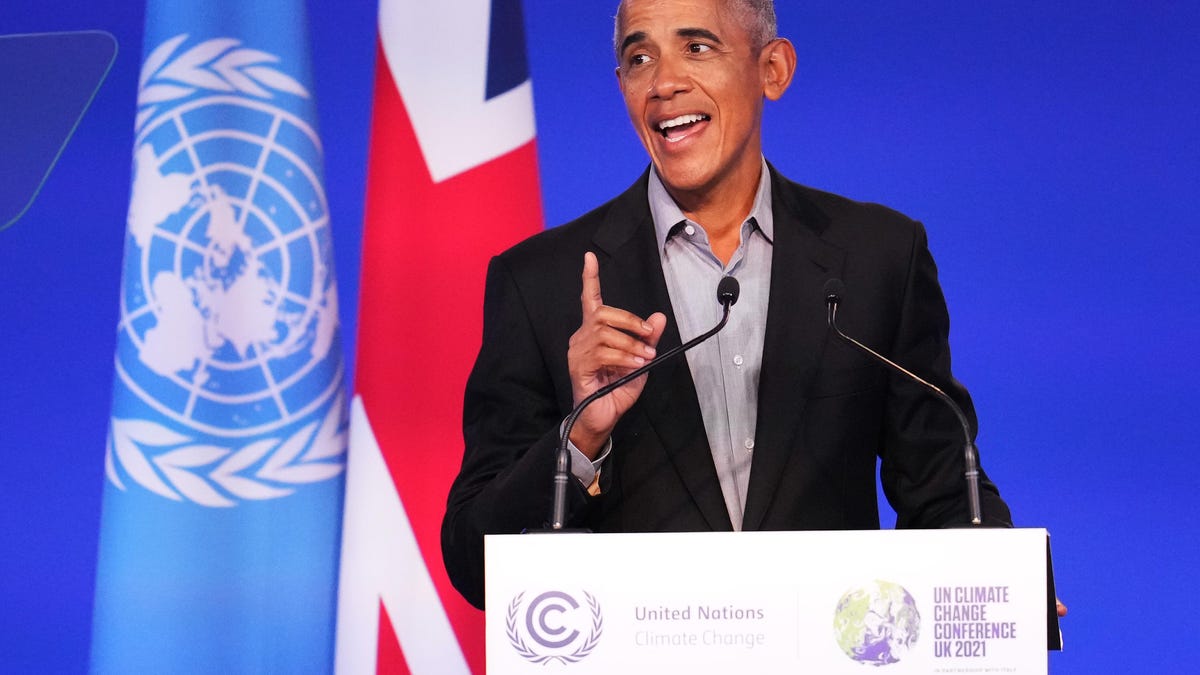 Former President Barack Obama knocked his White House successor, former President Donald Trump, Monday for rolling back environmental protections during his speech at the COP26 climate change summit in Glasgow, during a wide-ranging talk in which he also criticized China and Russia.

After Trump was elected in 2016, Obama said “our progress stalled” in the fight against climate change, slamming the previous administration’s decision to pull out of the Paris Agreement, the international deal to fight global warming the U.S. entered during Obama’s time in office—though he never referred to Trump by name.

Despite Trump’s “hostility” toward environmental protections, work by state and local governments, and the clean energy investments already in place “allowed our country to keep moving forward,” Obama said.

Obama also added he was “discouraged” by Chinese President Xi Jinping and Russian President Vladimir Putin’s absences from the conference, noting they lead two of the countries with the highest emissions of greenhouse gases.

Obama acknowledged the transition from “dirty energy to clean energy” will be difficult and “does have a cost.” He encouraged leaders to work with “ordinary people” who may be affected by the shift, like a factory worker who must drive to work but “can’t afford a Tesla,” as an example. “Some communities still depend on coal for power and jobs. That’s not unreasonable for them to be concerned about that,” Obama said.

“There are times when I feel discouraged, the future seems somewhat bleak, when I’m doubtful that humanity can get its act together before it’s too late,” Obama said. “Then images of dystopia start creeping into my dreams . . . whenever I feel such despondency, I remind myself that cynicism is the recourse of cowards. We can’t afford hopelessness.”

The U.S. and nearly 200 other countries signed in 2015 the Paris Agreement, which set a goal of limiting global warming to 1.5 degrees Celsius below preindustrial levels, when Obama was president. Trump announced his intention to pull out of the deal in 2017, along with rolling back environmental regulations, although the U.S. did not formally leave until the last days of his time in office. Biden rejoined the Paris agreement in February, and has reversed many of the Trump-era environmental deregulations.