As Australia’s north and east gets set for a soaking-wet winter, the weather bureau’s seasonal outlook shows WA’s most populated region looking starkly different to the rest of the country.

Instead of being covered in blues and greens, the rainfall forecast map is marked by hues of orange and red — a sign a dry winter is likely.

The head of long-range forecasts at the Bureau of Meteorology (BOM), Andrew Watkins, said much of the South West Land Division, which included Perth, was likely to see below-average rainfall this winter.

For Perth, that means less than 395 millimetres of rain.

“The odds are around about the 70 per cent mark of being drier than average, so quite the opposite of anywhere else in Australia,” he said. Maximum temperatures in Perth and the south-west of the state are expected to be above average.

Meanwhile the state’s northern regions, including the Pilbara and Kimberley, have been tipped for a wetter-than-average next three months.

So why the difference? Dr Watkins said it was a “probabilistic forecast”, which essentially looked at how the dice were loaded for the season ahead. He said one of the key drivers of the above-average rainfall for the north and east of the country this winter was warmer ocean temperatures.

This included a climate driver known as the Indian Ocean Dipole (IOD), which was expected to go into a “negative” phase in coming months.

A negative IOD occurs when sea-surface temperatures in the Indian Ocean near Africa’s east coast are cooler than usual, while waters to the north-west of Australia are warmer.

Every event is different, but a negative IOD usually brings wet conditions to regions from Western Australia’s Gascoyne down and across to Tasmania.

“So the the negative IOD promotes those north-west cloud bands, particularly at this time of year as you go into winter,” he said.

“You see big streams of cloud coming basically from Indonesia, right through into south-east Australia.

“But the other thing is we do have a lot of warm water right around northern Australia, and so that is going to supply extra moisture.” WA’s Pilbara has experienced these types of systems in recent weeks, with back-to-back moisture-laden cloud bands causing a deluge of rain across the region.

But Dr Watkins said those factors did not have a big influence on rainfall in south-west WA.

He said while a negative IOD could boost rainfall in the south-west when it was timed right, such as July 2021, it did not tip the odds either way for the region.

A climate driver that does have an influence over the region, however, is something known as the “SAM” or Southern Annular Mode.

Most of the cool season rainfall for south-west WA comes from storm systems, such as cold fronts and low pressure systems.

Helping carry these storms is a constant band of strong westerly winds south of Australia. The SAM refers to how far north toward Australia, or south toward Antarctica, this belt of winds is positioned.

Dr Watkins said models indicated this winter that belt of winds would be in a “positive” phase, which means it would trend further south than normal.

That would mean it is harder for the storm systems to reach the region.

“The weather systems may be shifted that bit further south than normal, and therefore tends to impact upon those westerly facing parts of southern Australia,” he said. 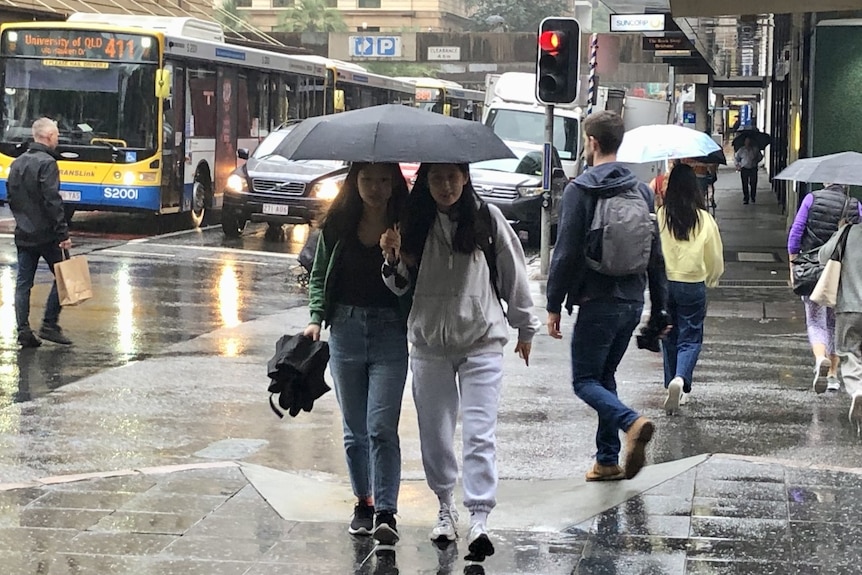 He said there was also likely to be more big, persistent high-pressure systems in the Bight, which bring easterly winds to WA and favour clear skies.

The east coast, on the other hand, tends to see more drizzly conditions with high pressure systems because of the onshore winds.

“The trends we’ve observed since the 1970s certainly suggest more dry periods than wet periods through south-west parts of Western Australia,” he said. The south-west of WA was one of the first places on the planet to see a trend of rainfall reduction, and the latest Intergovernmental Panel on Climate Change (IPCC) report pinpoints it as one of the few regions in the world where the bulk of models agree drying will continue

Since the late 60s, rainfall in the region has declined by up to 20 per cent overall.

Data shows the past accuracy of winter outlooks has been reasonably good for WA.

Most of south-west WA has had a past accuracy rate of 65 to 75 per cent, while in the north-west region it has been between 70 and 75 per cent.

“So a lot better than having a guess, anyway,” said Dr Watkins.