Will climate change spell the end of coastal living as we know it? – ABC News 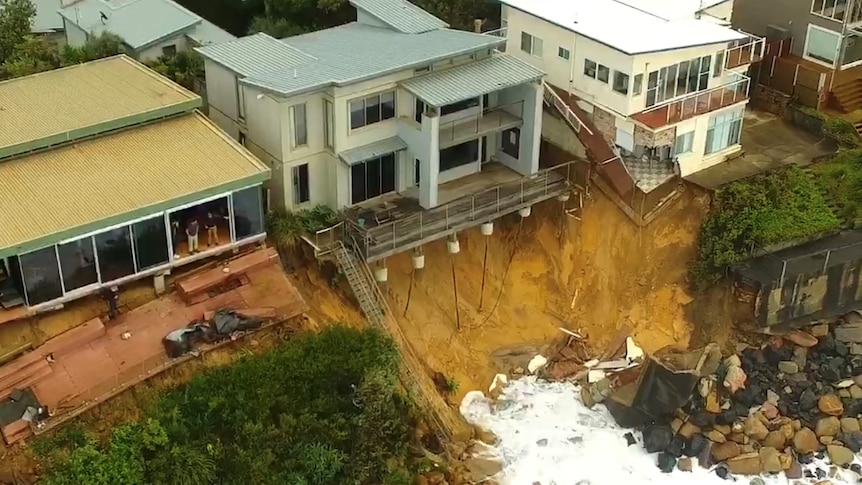 When Chris Rogers returned to the NSW Central Coast after a stint living overseas, he was eager to embrace the quintessential Australian lifestyle — a home where his kids could swim in the ocean whenever they liked and he could walk along the beach he loves every day.

But more than a year after powerful swells battered Wamberal Beach, causing massive erosion beneath the waterfront properties, he’s been left fearing his home could be washed away in the next storm surge.

“We’ve worked our whole life, this is our family home, and to look at your kids and not be able to comfort them is scary,” Rogers says.

“It’s no different to someone sitting in a bushfire zone with a beautiful home. They love the bush and they love living there, and … the fire burns their home down. All we want to do is be able to protect our homes and our families.”